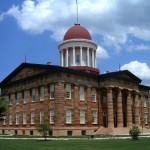 According to an article entitled “Hot Market: Central US Market Turns In Springfield, Illinois” published in the Realty Times by M. Anthony Carr, the Springfield real estate market has started to recover from the ravages of the recession. The piece stated that “Springfield, Illinois, one of the central markets in the country, is starting to show signs of a turn-around. Sales are still down compared to year over year, however, the number of listings have dropped month after month, coupled with pending sales on the rise, as well.” Additionally, according to the Illinois Association of Realtors, good conditions in the month of June led to the fourth consecutive month of rising home prices and the fifth consecutive month of rising home sales.

A July 30, 2009 article in the Chicago Tribune highlighted the differences between Springfield real estate and the rest of the state of Illinois. The piece found that Chicago, Naperville, and Joliet all had extremely high rates of foreclosures, while “On the bright side, foreclosure activity fell 22 percent in the Peoria area, 29 percent around Springfield and 11 percent in the Champaign-Urbana area from last year.” On the other hand, the State Journal-Register noted that the city of Springfield is one of the cities in Illinois looking for housing aid.