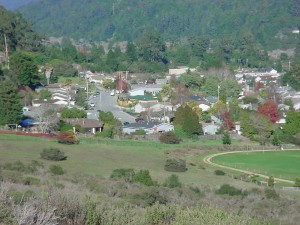 The Soquel real estate market, found in the midst of Santa Cruz County, saw a decrease in the number of home and condo sales in the month of November, as the commercial sector continued to suffer from the adverse effects of the recession. According to a report from the Santa Cruz Sentinel, it remains unclear whether or not the decline in sales is a consistent trend or merely the product of a typical seasonal decline. A local expert who compiles the statistics for the local market indicated that there were a total of 119 single family home sales conducted in November 2010. This represents a fifteen percent decrease from November 2009, when the federal housing tax credit was just expiring. The same statistics indicated that the median sales price in Santa Cruz County was $536,000, representing a decrease of about $14,000 from $550,000 just a year ago. This is somewhat surprising, since interest rates in the area are still quite low, and the average sales price is still about twenty-five percent below the peak of the market about three years ago. There are some signs that prices in the region might remain relatively stable, including the unsold inventory index, which is constant at seven and a half months. Unfortunately, the rate of foreclosure in Santa Cruz County remained extremely high, pacing to exceed the record levels set this past year. There were 700 properties purchased at foreclosure auctions in November 2010, compared to less than 650 sold a year ago.

Soquel homes and condos were not the only sector of the market adversely impacted by the economic recession. According to the San Jose Mercury News, there were substantially fewer small business loans approved in recent months relative to the peak of the market. The California Reinvestment Coalition found that the number of loans distributed by banks in California decreased by more than sixty percent between 2007 and 2009. Santa Cruz County saw much of the same problem, meaning that many small businesses have been unable to secure credit and even been driven out of business. This in turn has slowed job recovery and arguably contributed to continued difficulties in the housing market.