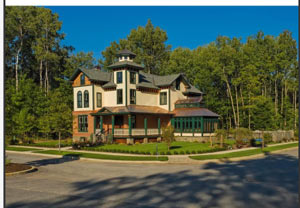 The Saratoga housing market, which is found within the larger San Francisco Bay real estate market, saw flat levels of home sales in the most recent tracking periods, even as fears of a double-dip housing recession increased. According to statistics compiled by MDA DataQuick, there were approximately the same number of home sales in the Bay Area in November compared to October, and considerably fewer than during the same time last year. The real estate tracking service reported a total of 6,111 homes and condominiums sold in November 2010, including properties from all nine counties of the Bay Area. This represented a negligible decrease of less than one-quarter of one percent compared to October 2010, as well as a decrease of more than eleven percent compared to November 2009. The fact that there was a decrease is unsurprising, as a seasonal decrease in sales is normal between October and November. In terms of median sales price, the Bay Area saw a decrease compared to both month-ago and year-ago levels. MDA DataQuick reported a median price of $380,000 in November 2010, compared to $383,000 in October 2010 and $387,000 in November 2009. This is substantially lower than the peak of the current cycle, and about ninety thousand dollars higher than the trough of the cycle. On the bright side, some experts believe that demand in the market is accumulating, suggesting that there is a chance the market will avoid a double-dip.

One national report has suggested that there will be a double dip in the national real estate market, although some local Saratoga real estate experts believe that the local market will fare better. The Case-Shiller housing index, which analyzes twenty metropolitan areas around the nation, showed month-over-month declines in every single one of the areas surveyed. Although the Case-Shiller index does lag several weeks behind the market, it is one of the most thorough measures of the market’s health. San Francisco was one of only four metropolitan areas to see a year-over-year increase. The overall index remains more than four percent above the lowest part of the market, but almost thirty percent lower than the peak of the market.