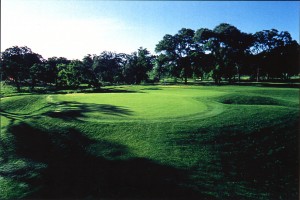 The Roseville housing market, a small component of the larger Sacramento area real estate market, saw a higher proportion of high-end foreclosures as well as a decline in the median sales price of local properties. According to statistics compiled by the Sacramento Bee, more exclusive and expensive homes and estates are being foreclosed upon. Although the foreclosure problem in the Sacramento area is often associated with the lower end of the housing market, figures from Foreclosures.com and the Bee indicate that many wealthy communities are actually seeing more foreclosures than their lower and middle tier counterparts. Throughout the Sacramento area, there have been more than five hundred mortgage default notices delivered to properties valued at more than one million dollars since the housing crisis began in 2007. The cumulative value of the loans which were defaulted upon is estimated at approximately seven hundred fifty million dollars. It is important to note, however, that all mortgage defaults result in a foreclosure auction. As often as not, banks reach a settlement with the homeowner, or the property is sold in a so-called “short sale” before the foreclosures process is completed.

The average sales price of a Roseville or Sacramento home for sale fell for the fourth consecutive month in November 2010, according to the Sacramento Business Journal. According to statistics compiled by the California Association of Realtors, the median home price for the four counties in the Sacramento area fell by just under eight percent compared to year-ago levels. The average price declined from $188,480 in November 2009 to $173,870 in November 2010. This also represented a decrease of about three and a half percent from month-ago levels. The number of home sales in the Sacramento area also declined compared to year ago levels, dropping one and a half percent. This figure did, however, increase relative to the number of sales in October 2010. With the most recent decline in median price, the Sacramento area real estate market is perilously close to falling into a “double dip,” or falling below the lowest point of the market’s price fluctuations.