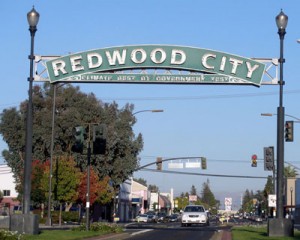 The Redwood City housing market, part of the larger San Francisco real estate market, saw a flat number of home sales as well as a decrease in the median sales price during the most recent tracking periods. According to statistics provided by MDA DataQuick and reported by DQ News, November 2010 saw year-over-year and month-over-month decreases in average sales price compared to November 2009 and October 2010, respectively. The figures provided indicated that there were a grand total of 6,111 properties sold during the month of November, marking a negligible decrease of less than one-quarter of one percent from October 2010 and a more substantial fall of about eleven percent from November 2009. This unimpressive performance can be attributed at least partially to a seasonal decline in housing sales - sales usually decline by a little less than ten percent between October and November. Compared to other years though, sales in November, October, September, and even August have been between twenty-three and thirty-two percent off from their seasonal averages. In terms of the mixture of properties on the market, the month of November saw decreased activity in the upper echelons of the housing market, while the lower two thirds of the market remained more constant compared to year-ago and month-ago levels.

The median sales price of a Redwood City home, as well as most San Francisco homes, decreased in the month of November. According to statistics provided by MDA DataQuick and reported by the San Jose Mercury News, San Mateo County saw a significant decrease in average sales price in the most recent tracking period. In San Mateo County (Redwood City is the county seat), the median sales price was $617,500, substantially higher than the rest of the state and much of the Bay Area, but still considerably lower than the peak of the market. San Mateo saw a year-over-year price decrease of just less than four percent from November 2009. Interestingly, one local expert noted that the most highly priced sections of the Redwood City real estate market actually gained traction over the last few months, although he cautioned that it was too early to label it as a consistent or strong trend.