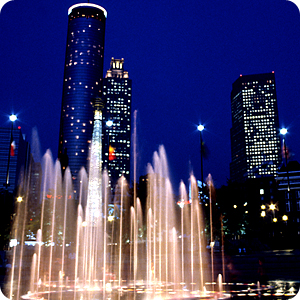 The hub of the commercial and financial industry for the South, Atlanta, Georgia, in recent years had seen its average home prices rise seemingly with no end in sight. Of course, like so many other rising markets, the Atlanta real estate market saw its bubble burst with the onset of the U.S. financial crisis and recession.

Though prices have been falling for the past year and seemed to be near reaching a bottom, the most current figures show that real estate in Atlanta is not quite out of the woods yet. In September, according the Atlanta Journal-Constitution, sales volume in the city was down by 4% year over year, despite being up nationally as many buyers are lured back into the market by low prices and incentives for a government program that grants tax rebates of up to $8,000 to many homebuyers.

The median sales price in Atlanta was also down , this by 13% year over year. There are many reasons that can be attributed to Atlanta's lag in catching up with the national improvement, foremost of which could be its still double-digit unemployment rate. Seven other major cities also reported falls in sales volume from 2008 figures. 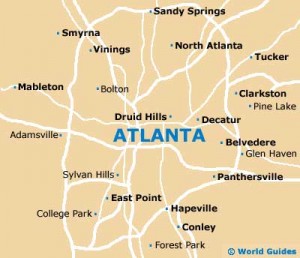 But local realtors caution not to read too heavily into the most recent data, noting that September 2008 could have been particularly strong for an unknown reason, and reminding those looking for homes for sale in Atlanta that these cycles can fluctuate wildly from month to month. Roger Tutterow, professor of economics at Mercer University's Stetson School of Business, told the AJC, “I just can’t image Atlanta is that far out of whack with what is actually happening nationally. I would caution us not to read too much into one month’s data.”