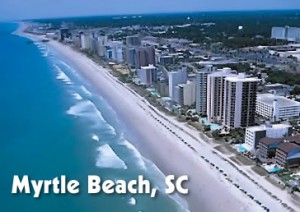 According to Greg Harrelson in the Sun News article. Harrelson Said “the increase in sales was in part because buyers believe there are a lot of good properties at good values in Myrtle Beach." Harrelson has reported to us that his very popular Myrtle Beach real estate site has seen a huge increase in traffic and users signing up for daily email alerts of new listings.

These are all great signs that we are near the bottom and 2011 should be even better than 2010.