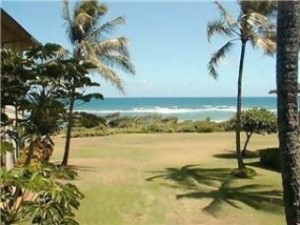 The Lihue real estate market continues to suffer from depressed median prices although the number of home sales rose during the last fiscal year. According to figures from the Hawaii Information Service, there were a total of forty-six single family properties sold on the island of Kauai in December 2010, an increase of slightly more than twenty percent from December 2009. During the same time last year, there were only thirty-eight single family homes sold on the Garden Island. In contrast, there were twenty-two condominiums sold on Kauai, a rise of more than thirty-seven percent from December 2009. There were only sixteen condos sold on Kauai during that period, although the federal housing tax credit was still in effect that month. According to statistics reported by Pacific Business News, the median price of a single family property in December 2010 was $509,500, a drop of more than six percent from December 2009. In December 2009, the average price of a home on Kauai was $545,000. Condominiums saw a median sales price of $255,000, a drop of nearly one third from the $370,000 reported in December 2009. Both figures, however, remain substantially lower than the peak prices achieved before the collapse of the real estate market.

The average sales price of a Kauai home for sale barely increased from 2009 to 2010, which was one of the only bright spots in the neighbor island real estate market. Although the peak of the market saw median single family home prices of $675,000 in 2006, 2009 saw the region edge back upwards slightly. In 2008, the median price was $461,500, while in 2009 the average sales price was $475,000. Condominiums saw a yearly decrease in sales price during 2009, falling to $344,500 from $390,000 in 2008. One local economist suggested that this decline can be at least partially attributed to the higher proportion of investors relative to bona fide residents who purchased properties on the Outer Islands. In other words, the extremes of the housing market saw the most activity, while the central part of the market failed to see much activity. On the bright side, the same expert suggested that the market may finally be reaching its bottom.