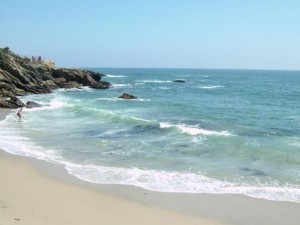 The Laguna Beach real estate market, which consistently ranks among the most expensive and exclusive components of the larger Orange County housing market, saw some encouraging figures in the most recent tracking periods even as the rest of the region saw some difficulties. According to statistics provided by MDA DataQuick, Laguna Beach saw an increase in the number of properties sold relative to year-ago levels for the period ending on December 3, 2010. For the twenty-two days preceding that date, Laguna Beach saw eight percent more homes sold than were sold over the same period last year. However, the Orange County Register reported that the county and sub-region that includes Laguna Beach saw an overall decrease in sales volume for the last tracking period before the New Year. There were a total of 2,591 home sales for the entire Orange County over the same period that saw an eight percent rise for Laguna Beach homes. The cumulative Orange County statistic represented a decrease of nearly eleven percent year-over-year despite the higher number of sales in Laguna Beach.

Laguna Beach real estate properties were among the most expensive in the entire state of California, according to the California Association of Realtors and OC Metro. Laguna Beach was the second most expensive city in the Golden State during the month of November 2010, with an average sales price of $1.10 million. Laguna Beach’s median price is substantially higher than Orange County overall, which has an average price of $502,107. In fact, according to statistics provided by MDA DataQuick, the median sales price in Orange County was considerably lower than year-ago levels and drastically lower than the peak of the market, which was reached in June of 2007. However, the market has remained above the lowest part of the market, raising optimism that the Orange County market may avoid a double dip in upcoming months. Laguna Beach in particular will almost certainly avoid a double dip. Orange County, in turn has a much higher average price than California as a whole, which recorded a median price of less than $300,000 in November 2010.