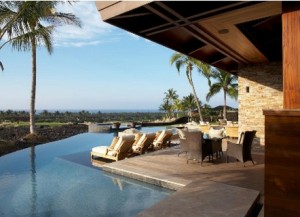 The Hawaii real estate market, which includes the Outer Islands in addition to the larger portion of the market on Oahu, continues to face declining home sales and prices despite suggestions that the worst part of the downturn may have past. All of the islands, especially Oahu real estate listings, have a shortage of inventory, which should boost demand for properties throughout Hawaii. Essentially, since there are fewer homes available and no significant construction backlog, median price should begin to rise in reaction to a reduced supply. Similarly, Hawaii’s relatively low unemployment rate is starting to improve, and interest rates throughout the country continue to be among the lowest in four decades. Hawaii was not affected as strongly by the initial downturn of the housing market, largely because there were not a significant quantity of subprime properties in the Islands compared to other states such as Nevada and Arizona. However, the increased uncertainty introduced by the recent disaster in Japan may adversely affect the local tourism market, which comprises a majority of the Hawaiian economy. In terms of an overall cycle, it appears that the Hawaii housing market is in a stabilizing phase, and will not change substantially for at least several months.

In the short run, Hawaii homes for sale were sold in a lower volume and for a lower price. There were less than two hundred and fifty single family detached home sales on Oahu in the month of March, marking a decline of about two and a half percent from year ago levels. There were even fewer condominium sales - about three hundred and thirty as opposed to three hundred and sixty in March 2010. The single family homes were, on average, sold for approximately nine percent less than in March 2010, while the condominiums were purchased for about one and a half percent more. Both home and condominium median price remain well off of their pre-recession peaks. Maui showed a more mixed picture in March 2011, marking a slight uptick in home sales and a decrease in median home price as well as a flat number of condo sales and a dramatic plunge in condo median price.