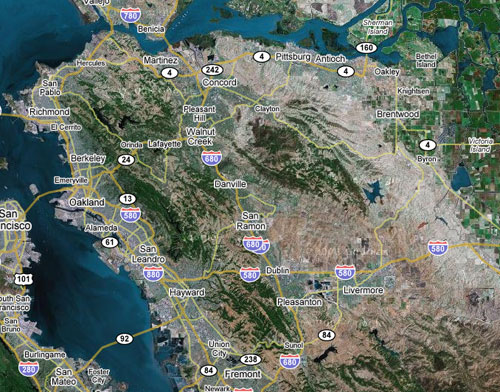 Though it was hit hard by the slumping housing market crisis that has affected nearly all of America, the East Bay real estate market shows signs that it may be improving as of late, even if the numbers aren't near where they were before the financial crisis. An October article in the San Francisco Chronicle said the most recent reports show that September actually accounted for a "modest increase" of sales in the Bay area in September 2009. 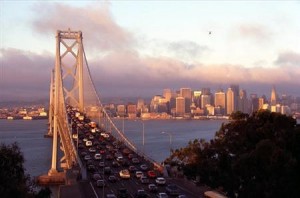 The Chronicle said median prices of home sales were up slightly in September, with fewer lower-priced foreclosures and more high-value homes added into the mix. In the nine-county Easy Bay area, nearly 8,000 resale homes and condos changes hands in September, enough for an increase of 8.4% since September 2008. Existing home sales accounted for more than 5,700 transactions, up 4.7% from 2008.

Though sales were up, prices were actually down, with September sales showing $380,000 as the median price for an existing single-family home, down from $400,000 from a year earlier, though slightly up from August 2009's median price of $375,000. Though real estate experts say home sales typically fall after the summer, real estate in East Bay remained steady this year after the summer, spurred on by the fast-closing chance for first-time buyers to cash in on the $8,000 government tax credit for buying a home, as the credit is only good up to Nov. 30. The amount of foreclosed homes on the market has fallen as well. Though it was still high in September at 32.8% of all sales, that figure shows much improvement on the record 52% level in February of this year. www.sfgate.com

Real estate data provided by Yahoo!, which compiles the information from data-provider Zillow, showed 1,442 homes for sale in East Bay in October, with a median price of $848,000, up 1.6% from September. There were also 1,673 foreclosures, with a median price of just over $547,000, a decrease of 0.6% from the previous month. The data included information of the San Francisco real estate market.