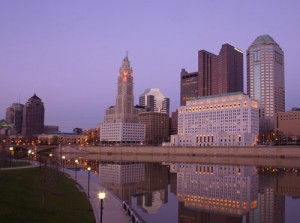 According to a July 23, 2009 article in Business First of Columbia, home sales in the Columbus metropolitan area declined once again in the month of June, compared to both the month of May and June of 2009. The piece stated that “Central Ohio home sales declined again in June, but new statistics from the Columbus Board of Realtors show sales took their smallest dip yet this year. The board said 2,092 existing single-family homes and condominiums were sold last month, down 7 percent from 2,242 a year ago. Declines this year have ranged from 12 percent to 22 percent.” The President of the Columbus Board of Realtors said that “It means Central Ohio is not seeing the volatility in supply and pricing that much of the rest of the country is experiencing.”

A July 24, 2009 article in the Columbus Dispatch found that home sales showed hope for stability in June 2009, saying that “Home sales improved locally and nationally from May to June, fueling optimism about early signs of an economic recovery. Although central Ohio sales last month were down nearly 7 percent from a year earlier, they jumped 15.6 percent from May. June's 2,092 sales were the most in 10 months.” Also, the Columbus Housing Partnership found that the foreclosure crisis is not improving, citing a thirty five percent increase in calls compared to last year.