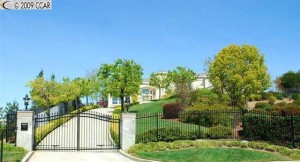 The Walnut Creek real estate market, located in the greater San Francisco Bay region, has seen a few encouraging signs in the past few months, pointing to indications that the market may finally be on its way back to recovering from the price slashes suffered from the bursting of the U.S. housing market bubble and the economic crisis.

According to statistics in the Contra Costa Times, in the week ending Oct. 25, 2009, there were 15 home sales in Walnut Creek. The prices of the real estate in Walnut Creek that sold range from $159,500 to $886,000. The median sale price was $400,000, while the average sale price was $430,400. Much of the increased activity in homes for sale in Walnut Creek can likely be attributed to those wanting to take advantage of the opportunity to buy a home while they are still eligible for the government's tax credit for certain first-time home buyers who meet eligibility requirements.