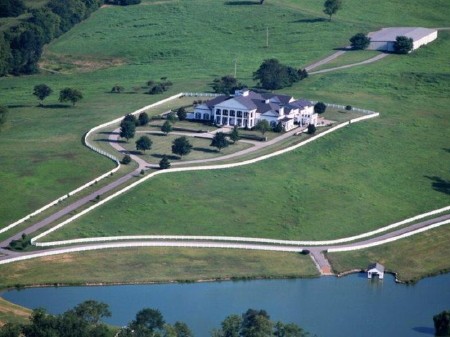 Though real estate in Tennessee may have been hit quite as hard as in some of the markets on the coast where prices have plummeted, losing their value by 100% or more, the state has nonetheless suffered its setbacks since the onset of the financial crisis in America. During this year's second quarter, the state continued to lose jobs, and its unemployment rate now stands at 10.5%, not a good indicator, as those without jobs will continue to struggle to be able to pay their mortgages and may face foreclosure.

The rural areas have suffered more than the cities in Tennessee and more foreclosures have been seen here, particularly in areas where there have been heavy losses of jobs in the manufacturing industry. However, permits for construction of new single-family homes in the state rose 7.3% in 2009's second quarter from the first, showing that perhaps construction is in its initial stages of returning to the state.

Prices of homes for sale in Tennessee were up in more metropolitan areas, like the Nashville and Knoxville regions, in the second quarter, their first increase seen since 2005, according to a report from Tennessee Housing Market, a report published by the Business and Economic Research Center at Middle Tennessee State University. Sales were up 6.4% in Nashville and by 3.6% in Knoxville in the second quarter; however, sales had actually fallen in the Memphis area.

Data show foreclosures still high in Tennessee, though the state's average still remain below the national average. Past-due mortgages in Tennessee rose about 1% in the second quarter, from 9.1% in the first quarter to 10.2%, which accounted also for the largest quarterly increase since 1988. Inventory of foreclosed homes now makes up nearly 2% of mortgages, another high not seen for at least 30 years. Overall, Tennessee real estate seems better poised to make a comeback in the next several years than many other surrounding markets, depending on whether unemployment figures begin to rebound soon. http://frank.mtsu.edu/~berc/pdfs/housingbrief2Q09.pdf