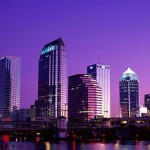 According to a July 17, 2009 article in the Saint Petersburg Times, the rate of foreclosures in Tampa real estate has started to slow, although there are still an inordinate amount of foreclosures and defaults in the Tampa area. The piece, written by Times Staff Writer James Thorner, said that “That's 7200 houses - the residential stock of a typical small town - plunged into mortgage default in a single month in Pinellas, Hillsborough, Pasco and Hernando Counties. But after digging through charts put out by RealtyTrac, the California company that publishes market by market foreclosure data, June could be the month when foreclosures began beating a retreat.” At the same time, the Florida Association of Realtors noted that the number of homes sold in June of 2009 as opposed to June of 2008 increased by over twenty percent - 2,346 to 2,848.

A July 16, 2009 article in the Tampa Bay Business Journal found that the Tampa real estate market has started to stabilize. The piece, authored by Michael Hinman, reported that “Foreclosure rates have stabilized in much of the Tampa Bay area through the first half of 2009 despite breaking a new record nationwide. Rates in Hillsborough, Manatee, Pasco, and Sarasota counties dropped through the first six months of the year compared to 2008, according to new numbers released by RealtyTrac, despite double-digit gains in the second quarter and in June.”