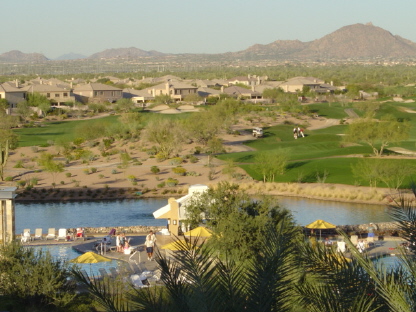 Scottsdale, a relatively large city located directly adjacent to the larger metropolitan center of Phoenix, continues to face a foreclosure-driven buyer's market in the first quarter of two thousand ten. According to a February 11, 2010 article in the Phoenix Business Journal, "Close to half of the existing home sales in the Phoenix metro area last month were foreclosed properties exhibiting continued struggles in the housing market, according to an Arizona University report released Thursday." The article, composed by Mike Sunnucks, noted that "The report also said that two out of three home sales in the Valley in January were either foreclosures or re-sales of foreclosed homes." Arizona State University economist Jay Butler noted that "Even in response to hiatus and mortgage modification programs, foreclosure activity did not slow. It takes some time to finish recording transactions, though, so some slowing might still be evident in the next few months." 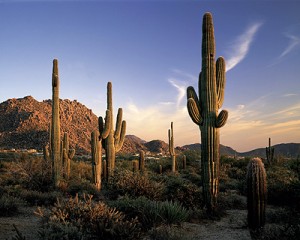 A January 28, 2010 article published by KTAR News mentioned a positive note for Scottsdale homes for sale, however, as foreclosures in the Valley have started to decline somewhat. The piece, written by Jeremy Foster,  found that "While Valley cities have more foreclosures than most other cities across the country, there may be reason for optimism." The article also quoted Daren Blumquist of RealtyTrac, who said that "From the third quarter to the fourth quarter, we actually saw a 10 percent decrease in foreclosure activity in the Phoenix metro area...The jobless rate is expected to remain high for much of 2010, so that is one factor. And then, there are a lot of people who are delinquent on their home loans."