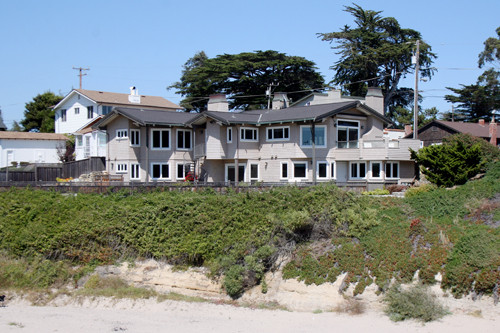 The Santa Cruz real estate market, like so many others, particularly in its state of California, has suffered setbacks and price declines since 2008, when the U.S. financial crisis really began to hit the American housing market. The Santa Cruz market has seen its share of falling prices, increased inventory, a rise in foreclosures and houses unable to sell. But by the end of summer 2009, signs seemed to point that real estate in Santa Cruz may be slowly on its way back up. 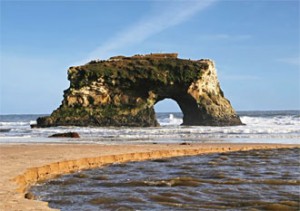 According to the Santa Cruz Sentinel newspaper, in the county, the median price of a single-family home fell just slightly to $500,000 in August  2009, after recovering around $100,000 over the previous five months. Sales have been steadily rising since the winter. Just 92 homes were sold in February 2009, compared with 175 in July and 155 in August. The median price of homes for sale in Santa Cruz has taken a hit and is unlikely to return to its high level of $770,000 in 2007, but the level of $520,000 in July is an improvement upon the $399,000 levels of February.   According to statistics compiled by Santa Cruz broker Connie Landes, the median September price showed the first time since December 2007 that the median price was higher than it was in the year prior. landes.rereport.com/market_reports

In August, sales were at the highest point in three years, and listings had dropped for eight months in a row, both encouraging signs that the market is steadily improving and investors' confidence may be coming back. Currently, the Santa Cruz real estate market has about six months' stock of inventory. Landes's statistics showed that the average number of days homes are spending on the market has decreased as well, to 62 in September, from 82 in August, and from 74 in September 2008.

The one hit on the market that is still taking its toll is foreclosures. In August, a record was set when more than 50 foreclosed properties were set for auction in one day. It was then estimated that nearly one-third of mortgage-holders in the county owed more on their homes than its worth, and about 1,300 homeowners were behind on their mortgage payments. http://www.santacruzsentinel.com/ci_13148702 According to Yahoo! real estate data, in October 2009 there were 282 foreclosed homes available on the market at a median price of over $563,000.