Like many high-priced real estate areas, the San Jose region has seen its housing market tank over the past few years as the housing market crash sunk home values and left many underwater on the mortgages or in foreclosure. Though the market has yet to fully recover and is still quite far from where it was at its peak, the San Jose real estate market did show signs of improvement in 2009, signs that perhaps it has made it through the worst and is now in recovery mode. 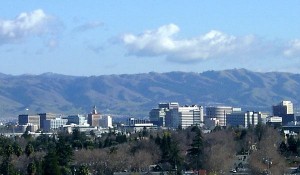 In December 2009, according to statistics compiled by the Santa Clara County Real Estate Association, the most recent month for which statistics are available, the San Jose real estate market saw improvement in all areas except for the average number of days a home spends on the market, which was up slightly, year-over-year, at 65 from 58. New listings were down in December 2009 from 2008, from 684 to 578. Inventory had cleared out significantly, falling by nearly half to 1474 from nearly 3000 in 2008. Much of the activity in sales can be attributed to the government's incentive in 2009 to give qualified first-time buyers rebates of up to $8,000 for buying homes.

Sales volume in 2009 was high, with more than 7,000 homes being sold, in contrast to pre-crash sales volume in 2007 of about 4,000 homes sold. Of course, prices still remain far off from some of their highs. In 2007, when average home values were in the $800,000 range and median prices were in the $750,000 range. Whether home prices will rise to those levels again in the near future remains to be seen and is anyone's guess.
www.sccaor.com/144.0.html