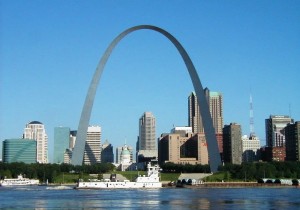 An article in the Housing Predictor attempted to analyze the situation that Saint Louis homes and Missouri homes have found themselves in recently. The piece, which was published on August 13, 2009, stated that “The hunt for the elusive bottom of the housing market is in full gear in Missouri as home sales rise, signaling an improvement in market conditions may be in sight in an otherwise bleak economy. Home sales have been helped by government efforts to get first time buyers off the fence. The first time buyers' tax credit has gotten many new home buyers to enter the market in St. Louis, where prices are, however, still deflating. But housing deflation has slowed as high unemployment and a reshuffling of the economy hurts Missouri's gateway city on the mighty Mississippi River. Saint Louis has been battered by the nation's epidemic of foreclosures.”

An August 20, 2009 article published in the Saint Louis Post-Dispatch suggested that there might be progress in Saint Louis real estate. The article, written by Tim Bryant, stated that “Sales of existing houses were up or flat last month in key parts of the region, perhaps providing more evidence that the housing slump is bottoming out. But the increases were spotty and the head of the Saint Louis Association of Realtors cautioned Wednesday that sales may sink again after the $8000 tax credit for first time home buyers expires Nov. 30.”