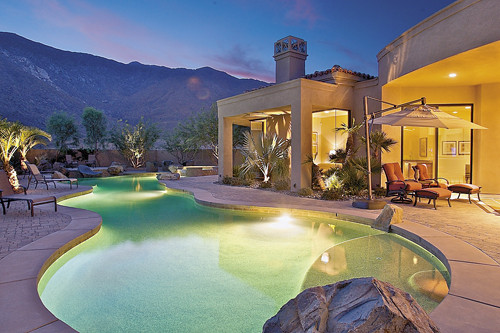 The California real estate market is one of the wildest markets in the country, with record numbers of foreclosures and plummeting sales prices. However, California is a very large state and its real estate markets must be examined closely on a localized level, as fluctuations can vary widely. Before the economic crisis in the U.S. housing market, Palm Springs, California, was a high-value real estate market. And though home prices and values have fallen substantially since before the recession, they are still much higher than those in much of the rest of America. 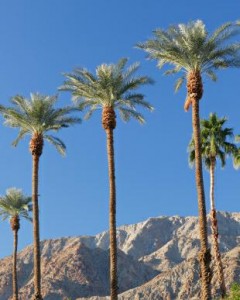 Home sales in the state are expected to fall next year, unlike in most of the rest of the country. According to an article in the Desert Sun newspaper in October, a forecast by the California Association of Realtors projected home sales would slow by 2.3 percent in 2010, from a projected 540,000 homes this year to 527,000 next year. But real estate in Palm Springs has seen less damage than many in the Golden state. August figures showed the median home price up 5.4% since July, but down by 17% when compared with August 2008. Showing positive signs, however, the figure was the smallest year-over-year fall in price since March 2008, according to data compiled by brokers Greg Bauer and John Gillette.

The Desert Sun reported that David Carter, branch manager for Coldwell Banker Residential Brokerage in Palm Springs, said inventory was improving as well, with fewer homes for sale in Palm Springs. “What we have seen here in Palm Springs and the Coachella Valley, we've seen an increase in sales, slight though it may be. We have gone from an inventory at the bottom of the market of 26 months down to 5 months of inventory,” he told the Sun. 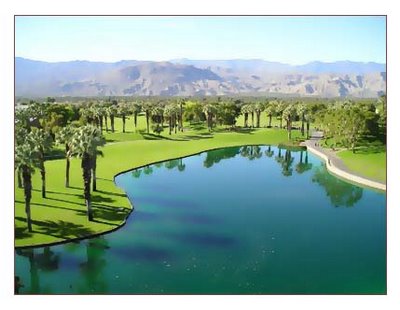 Higher-end homes have tended to fare better in Palm Springs real estate. In August, half-million-dollar to $1 million homes made up only 12.8% of sales in the city, but their median price was up 2.6% compared with prices in August 2008. Likewise, the million-dollar-plus housing market in Palm Springs, though only making up 3% of the market, saw median prices up 16.2% from August 2008. The heavy price decreases are mostly concentrated in bank-owned properties, most of which fall in the under $500,000 range.