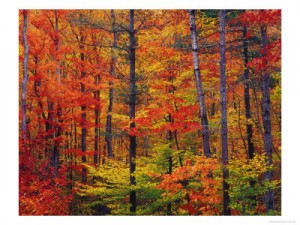 The Sea Coast of New Hampshire's real estate market has been facing many of the same challenges as the coastal region of Maine and inland New Hampshire. The nationwide crisis as well as the localized bursting of the real estate bubble has sparked something of a local reaction in terms of charity and revitalization efforts. However, the effects of these efforts and the national stimulus designed to jump-start the economy remains to be seen, thanks to a number of contradictory signs and the unprecedented nature of the recession. There are some indications that the Sea Coast real estate market may have naturally bottomed out, meaning that basically the only way to go is up.

A July 19, 2009 article in the Sea Coast, home sales in the state of New Hampshire increased slightly in the month of June, offering possible good news for the Sea Coast real estate market. According to figures released by the New Hampshire Association of Realtors, residential property sales increased by one half of one percent in June of 2009 as compared to June of 2008 - from 1,145 to 1,151. The piece stated “New Hampshire home sales saw a small rise in June transactions, marking the second such increase in the last four months...Though not a dramatic increase, NHAR President Paul Sargeant said it's one piece of recent good news, including a trend of declining statewide residential housing inventory, a 22 percent decrease in statewide foreclosures from June 2008 to June 2009, and a positive trend nationally in pending home sales.”

However, there are a considerable number of foreclosures still on the Sea Coast real estate market and the rest of New Hampshire. According to the Portland Press Herald, the local market for foreclosures has been heating up both in Maine and New Hampshire, sparking an increased interest in “flipping” houses. According to a July 13, 2009 article in the Sea Coast, a local realtor has decided that the economy has become so bad that she will dedicate a full quarter of her commissions to giving back to the community, in hopes that she can help the local economy recover somewhat.