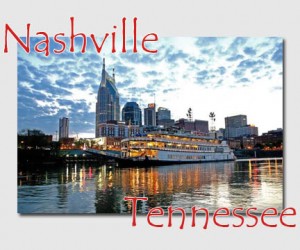 The Nashville real estate market is in an odd place - it has been crashing for months, and it is somewhat unclear whether a recovery is impending. Nashville has been rapidly losing ground since the beginning of the nationwide recession late in 2008, and has only lately been showing some signs of possibly reaching a soft bottom. In other words, there is a chance that the Nashville real estate market has reached a point where the only place it can go is up. Vital statistics such as rate of foreclosures and home sales all went sour towards the end of last year and continue to be poor this year, although some experts believe that local and federal efforts have a chance to reverse that unpleasant trend.

According to a July 13, 2009 piece reported by News Channel 5, which serves Nashville, “Foreclosure experts met in Middle Tennessee to try and put a stop to the housing crisis. A year ago bad adjustable rate mortgages were the reason and now the economy was the root of the problem. More people are out of work and being forced out of their homes.” Laura Sinclair of the Tennessee Housing Development Agency further stated that “The economy is really driving foreclosures now. The bulk of foreclosures are now a result of job loss, reduction in income, increase in expenses.” A July 29, 2009 article found some hope that the record-high levels of foreclosures in Nashville may have finally plateaued, at least according to the most recent statistics released.

A July 10, 2009 article in the Tennessean found that home prices continued to decline in June of 2009, although the drop softened somewhat in the most recent period of analysis for Nashville real estate. The piece found that “The housing market continues to fall, but maybe the pain is finally easing here. The median price of a single family home in the Nashville area fell 3.2 percent in June to $177,700 from a year ago, which wasn't as dramatic a decline as previous months had experienced.” A July article in the Nashville Business Journal also took an upbeat approach, mentioning that more than 2,000 homes were sold in the area during June 2009.