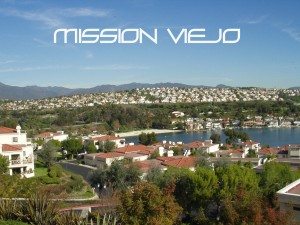 Mission Viejo, a primarily suburban and residential community found in the southern portion of Orange County, California, is relatively characteristic of the overall South Orange County real estate market. The Mission Viejo real estate market suffered a series of blows, starting with the collapse of the sub-prime mortgage crisis, succeeded by the overall economic recession, and culminating in substantial damage to the national and local real estate market. For the majority of Orange County, the worst problems occurred in the commercial and industrial portions of the market. As reported by the Orange County Register, a number of office buildings, warehouses, and even strip malls continue to have trouble finding tenants, a situation likely to endure for at least months more.

The Market Time Inventory is a measure of the number of houses that remain on the market, as related to the rate of sales at the time. According to statistics released on July 9th, the Market Time Inventory for Mission Viejo is 1.92 months, meaning that if no further homes entered the market, and sales continued at the current rate, there would be no properties left on the market in slightly less than two months. Mission Viejo real estate has also been suffering slightly from the typical summer slump, whereby sales usually slow down somewhat around the 4th of July. Sales have not decreased more than usual, though, which is a positive sign indicating possible resurgence for the Mission Viejo real estate market.

Mission Viejo has a population of about one hundred thousand residents, although there were less than fifty new home listings and just twenty seven new condominiums on sale during June of 2009. Mission Viejo is a relatively upscale master-planned community, with average sale prices at just below $560,000 for homes, and about $300,000 for condos. Mission Viejo real estate seems to be driven heavily by short sales and foreclosures, which are taken on and off the market quite quickly due to their low prices and usually high desirability. All in all, Mission Viejo remains a buyers market, with prices well below their previous values and expected to rebound shortly.