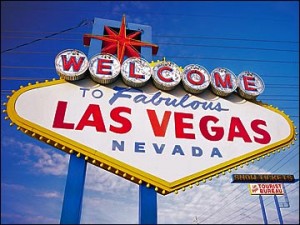 Like so many other real estate markets across the U.S., the Las Vegas real estate market has taken a hit over the past two years, stemming from the results of the subprime mortgage market collapse and the broader national financial crisis. Prior to the crisis, Las Vegas real estate had been growing in value as its comparatively lower prices brought in droves of buyers from higher-priced markets, like California. At the market's peak, in 2006, the median price of homes for sale in Las Vegas was $280,000.

However, since the financial crisis, the figure of median sale prices of homes in Las Vegas has fallen and now sits at $125,000 as of April 2009, a 57 percent drop from the 2006 peak that puts prices now on par with levels of 1998, according to Las Vegas realtor Jacqulyn Richey of Realty One Group. Richey wrote that the average price per square foot has also dropped from more than $135 to just over $78, a drop of 42 percent.

But lower real estate prices in Las Vegas is not necessarily all bad news. The lower figures, combined with the government's tax rebates for first-time home buyers, have enticed several players in to the market who otherwise would not have been able to buy these homes.

Las Vegas's real estate market has also been hard hit by a wave of foreclosures: In the fourth quarter of 2008, the city had a foreclosure rate of 18 percent, second in the country only to Florida, according to figures from the Mortgage Bankers Association. But with the falling prices and opportunities to buy up foreclosed properties, real estate sales in Las Vegas have actually picked up, even if prices have not. According to Las Vegas realtor Glenn Plantone, June and July of 2009 accounted for more real estate sales than any other month on record -- even the months of 2004 when the market was at its hottest.