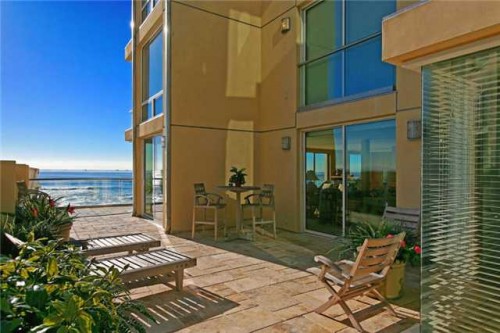 The deterioration of the La Jolla real estate market has shown that no regional market is immune from the effects of the housing market crash in the U.S. The San Diego, California, area was recently named the most expensive market in North America by the Coldwell Banker Home Price Comparison Index of more than 300 markets across the country.

Despite this designation, La Jolla, like many other communities, both affluent and less so, has seen a decline in its residential real estate values across the board over the past couple of years -- even if those decreased values still remain higher than in any other U.S. market. The market seems to have stabilized at least for the moment, however. In October, according to real estate data available on Yahoo, there were 530 homes for sale in La Jolla, down nearly 2% from the previous month, with a median price of nearly $1.56 million. Additionally, there were 195 foreclosed homes for sale, an increase from the previous month of 3.2%, with a median price of over $835,000.

This high-priced area is not safe from the troubles of foreclosures, either. Just because real estate in La Jolla is expensive does not exempt homeowners here from experiencing job losses and financial difficulties. A San Diego Union Tribune investigation, assisted by Zillow, found that more than 130 homes in the San Diego area priced at more than $1 million had been foreclosed upon from January 2007 through June 2009. Of the 23 most expensive San Diego foreclosures, five were located in La Jolla.
Overall sales in San Diego were down about 4% year over year in August, though it can be difficult to extrapolate information about the La Jolla market from the greater San Diego market data, since it varies so greatly from that of the greater region, particularly since the largest increase in home sales in San Diego has been in those less than $300,000, of which there are very few in La Jolla. http://www.fidelitypacificrealestate.com/San_Diego_Market_Conditions_Aug_09/page_2276914.html In the six-county Southern California region, sales in September were up by 11% year over year, showing signs that the popular region's market may be on its way back up, according to data in a San Diego Union Tribune article.