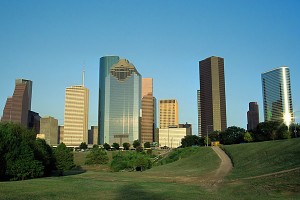 The Houston  real estate market has long been noted by national surveys, studies, and news stories as one of the strongest portions of the generally bleak United States economy. Houston has held relatively stable amidst personal and corporate losses of epic proportions, providing an example for the rest of the country. Unfortunately for residents of Houston and the realtors of the metropolitan area, there is a substantially bleaker picture in the Houston of today as compared to just a few months ago. Although Houston is still quite strong in comparison with other parts of the Lone Star State and America in general, many of the key indicators of the health of Houston real estate have started to show negative trends.

According to an August 18, 2009 article in the Houston Chronicle noted another decline in home sales, although it did also note that the rate of fall has started to level off. The piece, composed by Nancy Sarnoff, found that “Houston-area home sales fell again in July, but the decline was the smallest it had been since the fall of 2007, according to data released today from the local realty association.” It continued to quote Vicki Fullerton of the Houston Association of Realtors, who said that “Strong pricing performance, an easing decline in sales volume and the slowdown of foreclosure sales make up for very positive indicators about the state of Houston real estate.” Not surprisingly, the real estate association has taken a more upbeat approach to the local real estate crisis.

An August 8, 2009 piece in the Houston Chronicle noted that “Despite some recent glimmers of hope, rising defaults, slowing sales, and falling prices have dominated the local headlines. Depending on where you live and what your goals are, your experience in the property market can vary drastically.” On August 28, 2009, the Houston Association of Realtors published a market update with the following observations and interpretations: “Seasonal home buying and continued activity among first time homebuyers translated to a significant improvement in single-family home sales across greater Houston in July, with the highest volume since July 2008 and the second highest median price in history.”