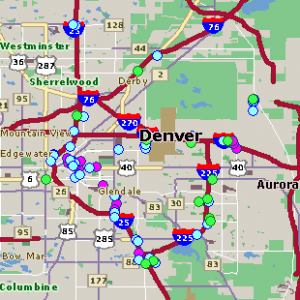 The state of the Denver real estate market has quite a bit of variance. As with the national real estate market, home prices have fallen, foreclosures have risen and many would-be buyers are staying out of the market, trying to wait for a recovery. But thing aren't all bad in the mile-high city. As market figures showed, as of August 2009, price changes year-over-year in homes for sale in Denver ranged from a decrease of 15 percent in one zip code to an increase of more than 47 percent in another area. Denver is still a highly desired location to live and many families are still buying homes here.

Home sales have risen quite substantially since the economic crisis began and prices hit their lows, but the prices are still at some of the lowest figures in 11 years. In June, 4,562 homes were sold, the lowest number since at least 1998. Resales of Denver condos, however, had risen 6.5 percent from 2008, the only category where gains were achieved. 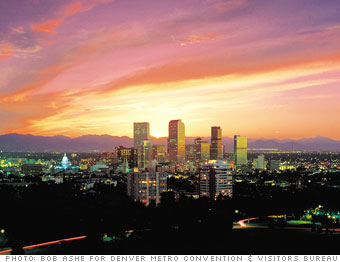 The median home price for homes and condos in June was $210,000, off more than 15 percent of the peak prices of more than $247,500 in June 2006 but the highest figure since August 2008, showing that perhaps real estate in Denver is making its comeback and will soon be on its way to gradually rising again. Government-insured FHA loans were the most popular type of financing buyers used in June sales, accounting for 47.5 percent of purchases. (http://www.dqnews.com/Charts/Quarterly-Charts/Denver-Charts/ZIPCO.aspx

Additional signs of improvement include a decrease in sales time: TeamCox Realtors reported that houses are currently on the market for 2.64 fewer days than they were in 2008, and 2.25 days fewer than they were last month, a welcome improvement. (http://realtytimes.com/rtmcrcond5/Colorado~Denver~teamcox) They also report that foreclosures in Denver had fallen 46 percent in the first quarter of 2009 year-over-year, a crucial indicator for the stabilization of the Denver housing market.