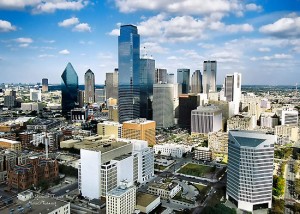 One of the largest metropolitan areas in the country, the Dallas, Texas, area, like so many others, has seen its share of setbacks from the national economic crisis. The Dallas real estate market has fallen from its peak since the financial crisis and recession hit, and plummeting home values and foreclosures have been a problem for many throughout the area. In March 2009, a report by First American CoreLogic found that more than one of five homeowners in Dallas owed more on their home than it was worth, a troubling problem that has afflicted many homeowners throughout the U.S. recently. (http://www.dallasnews.com/sharedcontent/dws/classifieds/news/homecenter/realestate/stories/030509dnbusunderwater.21fded5.html)

In addition, homes for sale in Dallas fell to record lows and foreclosures were at an all-time high. Despite all the bad news affecting real estate in Dallas, though, the decline has begun to slow a bit in the regional market. In the most recent S&P/Case-Shiller report in September, Dallas area homes were only down by 1.6 percent, an improvement from the fall in the city's prices by about 5 percent earlier in 2009. This and other reports have suggested that perhaps the Dallas real estate market has hit the price floor and will now soon to slowly pick back up. (http://www.dallasnews.com/sharedcontent/dws/classifieds/news/homecenter/realestate/stories/093009dnbuscaseshiller.c8b019.html) In the Case-Shiller report, many other major metropolitan cities were still experiencing decreases year over year of 10 to 30 percent or more, so Dallas's paltry 1.6 percent was seen as a sign for optimism.

“The rate of annual decline in home price values continues to decelerate and we now seem to be witnessing some sustained monthly increases across many markets,” Standard & Poor’s David M. Blitzer said in the report. In July 2009, there were 107 homes sold, one more than July 2008's 106, and the percentage of homes sold price to asking price remained at 96 percent, where it also was in 2008. However, prices had fallen. Sold price per home was over $237,000 in July 2008 and had fallen to $209,000 in July 2009.