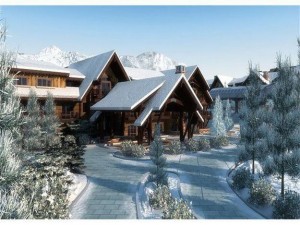 Like many states in the union, real estate in Colorado took a hit over 2008-09, as the recession hit, credit was frozen and the housing market essentially collapsed due to the subprime mortgage crisis. The Colorado real estate market now is experiencing mixed signals, depending on the region of the state, with some markets showing signs of resilience, while others with high rates of unemployment remain stagnant with homes listed for months without bidders.

Average selling prices in Colorado Springs are around $225,000; prices in the Denver area range from around $300,000 to $400,000. Sales in the Denver region, though rising slightly, are still at some of their lowest levels of the decade. Nonetheless, promising signs included the statistics from May to June from the S&P/Case-Shiller Home Price Indices, which showed the Denver housing area market showed a 1.5 percent gain, the highest of all 20 major metropolitan areas monitored through the index and one of only two cities to show an increase. Sales in the Colorado Springs real estate market increased in August 2009 by 14.5 percent from the previous month, the third consecutive month with an increase and the market's biggest monthly gain, giving market analysts in the region signs of optimism despite the fact that sales are down by 3.9 percent thus far from the previous year (http://www.gazette.com/articles/year-61422-sales-percent.html). 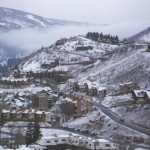 Still, other areas, like Aspen, Vail and the other high-priced ski resort regions, are seeing improvements in their markets. The Vail Board of Realtors said it saw a jump in sales from August to September of 2009, with 77 properties going under contract, up from just 22 between January and July. Many accredit this spike in sales to the falling prices of properties in the highly sought-after resort region. (http://www.aspentimes.com/article/20090914/NEWS/909139984/1058)