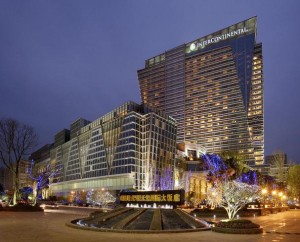 Century City is a rather expensive residential and commercial area found in the heart of Los Angeles, California. Century City is composed primarily of high rise condominiums, expensive residential properties, and commercial skyscrapers, meaning that it is primarily upper class in consistency. Since it is located in a city with a considerable amount of new construction, Century City real estate took a serious blow upon the advent of the nationwide economic downturn, and an even worse tumble following the bursting of the local real estate bubble. Unlike the rest of Southern California, Century City real estate is not  starting to show signs of a recovery, although it is difficult to determine definitively whether further trouble is imminent.

A July 29, 2009 article in the Los Angeles Times indicated that, for the first time since three years ago in 2006, home prices have started to rise. The piece, authored by Peter Y. Hong, stated that “Cleveland, Dallas, and San Francisco showed the largest gains in May figures released Tuesday, but Los Angeles prices continued to fall. The index was the latest surprise following monthly gains in new-home sales and housing starts nationwide, and higher median home sales prices in California.” The California Association of Realtors reported for the month of June that home sales increased by just over twenty percent, while the median home price fell by about twenty six and a half percent. On the other hand, the same statistics indicated that home sales increased by a little more than four percent from May 2009.