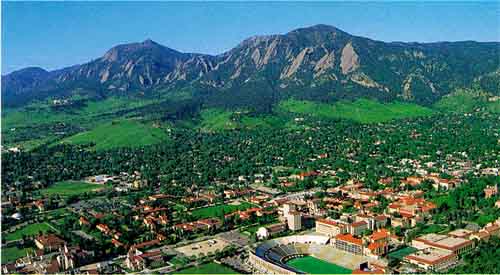 As some market indicators show the recession may be easing up, the Boulder real estate market is generally bucking this trend, as its market continues to stagnate. Though, like most all residential real estate market in the U.S. the city took a hit due to the economic crisis, some numbers are slowly making their way back up, but the crisis is far from over. Home values declined by 3.2 percent in the first half of 2009 as compared with the first half of 2008. 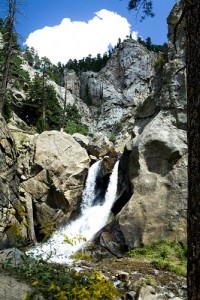 All 11 of the major housing markets in the northern Colorado area have seen declines in home values, according to a semi-annual in-depth study on home prices released by the Colorado State University Everitt Real Estate Center in September, as reported in the Cherry Creek News.  Homes for sale in Boulder now include a large number of foreclosures. The county saw an increase year-over-year of more than 260% of foreclosure filings, much higher than the state's average of a 72% increase.

The real estate in Boulder includes an increased inventory across the board as well, and a decrease in the number of sales. The number of single-family attached home closings fell 21% compared with the first half of 2008, while detached homes saw a fall of 19% compared with 2008, according to the Everitt Real Estate Center. The center reported that the inventory of homes below $300,000 has remained steady. However, the $300,000-plus market has seen a marked increase in the number of homes for sale, as more and more homeowners find themselves unable to meet their mortgage payments.

According to the Daily Camera newspaper, through June, housing activity is down by 26% compared with 2008. One sign of slightly more optimism is that Boulder's median sales price during the second quarter of 2009 was $528,808, up 0.7 percent from last year's second quarter.