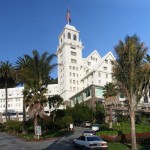 According to a July 23, 2009 article in the San Francisco Chronicle, there is a distinctly mixed picture in the foreclosure section of the Berkeley real estate market. It stated “A key indicator of mortgage trouble hit an all-time high for the Bay Area in the second quarter, according to a real estate report released Wednesday. Notices of default, sent to people who are delinquent on their home loans, totaled nearly 20,000 for the nine-county region in April, May, and June, said MDA DataQuick, a SanDiego real estate data company.” On the other hand, the same article noted that foreclosures themselves dipped slightly during the same time period. “The 6,929 Bay Area foreclosures reflected a 25.4 percent drop from the second quarter last year. Likewise, the state's 45,667 foreclosures were a 27.9 percent drop from the year-ago period.”

On the other hand, home sales in the Berkeley real estate market as well as the Bay Area in general increased somewhat during the month of June 2009. According to a July 17, 2009 article in the Los Angeles Times, “San Francisco Bay Area home sales were up 20% in June over the same month last year, while the median sales price was down 27%, MDA DataQuick reported Thursday.” Additionally, an article in the July 16, 2009 edition of Bloomberg found that “A total of 8,644 new and existing homes were sold in the nine-county region.”