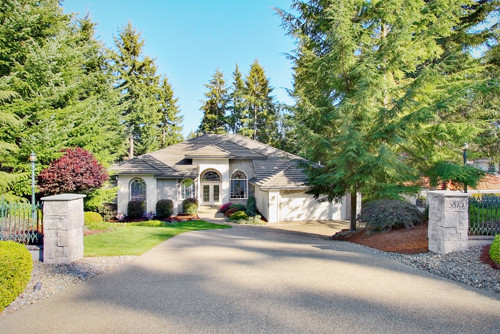 As a small island near the Seattle shoreline, the market for real estate off Seattle in Bainbridge Island is limited and pricey. The market has, of course, suffered since the recession began in the U.S. and the national housing market began its widespread decline. 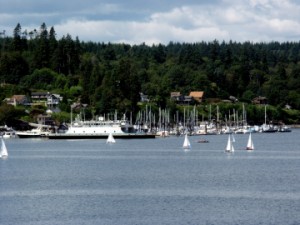 Because its area is small, the number of given Bainbridge Island real estate transactions in a given month is relatively small, and therefore small increases or decreases in sales volume can account for larger percentage changes and sellers and buyers must keep this in mind when viewing statistics. So far in 2009, sales volume in Bainbridge Island has been picking up. The year began with just 12 sales in January, and it remained in the teens through the summer until July, when there were 21 sales.

September accounted for a yearly high of sales, with 26, and October saw that fall down a notch back to 23. So far this year, there have been 173 sales on the island, but there remain almost 250 homes for sale in Bainbridge Island, a large inventory that will take time to thin out. Most of the sales for the year have come in the lower price ranges of $400,000 to $600,000.

Though sales are picking up, they are still relatively below sales volume for years past. To date 173 homes have been sold on the island, which puts the year of 2009 on track to best 2008's record low of just 158 sales. In 2007, there were 298 and in 2006 there were 303.  The recent uptick in sales gives signs for hope, but it is clear that it will take several years for the Bainbridge Island market to reach the highs of the early 2000s again.